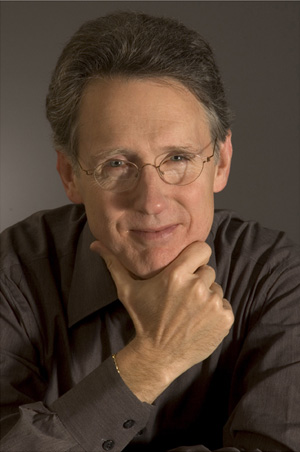 John M. Tarrh (b. 1947) was fortunate to grow up in a musical household. His mother was choir director at their church, his father loved opera, and his sister played the piano and organ professionally. After a failed attempt at the piano as a young child (during a year of constant battles over lack of practice), Mr. Tarrh subsequently learned to play the drums and performed with a variety of bands (concert, marching, and jazz) and orchestras through college. While always a passionate lover of classical music, Mr. Tarrh had little time for music during busy careers first as an engineer/scientist and then as a financial executive. In 1990, he discovered the opportunity to become engaged in music by performing with community orchestras, first playing under Ronald Knudsen with the Newton Symphony, and later with the New Philharmonia Orchestra when it was founded in 1995. Thus began a long journey to become fully engaged in music. He started piano lessons in 2000 and, upon his retirement as a financial executive, began studying music in earnest at New England Conservatory's School for Continuing Education in 2002.

Mr. Tarrh has always been most deeply moved by music of the Romantic and Post-Romantic composers, even as a child. In the 1970's he discovered Ayn Rand, Atlas Shrugged, and the philosophy of Objectivism, which had a significant impact on his philosophical development. He partially agrees with Gustav Mahler's statement that to write a symphony is to create a world. More specifically, he believes that every artist recreates the world (or existence) as they experience it, consistent with the Objectivist view. When one responds to music (or to any work of art), it is the result of an emotional response to the identification of "yes, this is what life is, to me." Mr. Tarrh's musical goal is to create more of the sound world that he responds to most deeply and, by doing so, to experience that sound world every day.

Mr. Tarrh studied music composition with Michael Gandolfi, Chair of the Composition Department at the New England Conservatory of Music in Boston, MA. He previously studied composition with Larry Thomas Bell through NEC's School for Continuing Education. Mr. Tarrh earned the degree of Master of Music in Composition with Academic Honors from NEC in December, 2008, studying with Michael Gandolfi. Mr. Tarrh earned the degree of Master of Music in Theoretical Studies with Academic Honors from NEC in 2007, studying with Deborah J. Stein, and was elected to membership in the Iota Chapter of Pi Kappa Lambda that same year. Mr. Tarrh studies piano with Shaylor Lindsay, plays percussion with the New Philharmonia Orchestra of Newton, MA, and sings with the Lexington Pops Chorus of Lexington, MA for which he was named Assistant Conductor in 2010. Mr. Tarrh is also a member of ASCAP (American Society of Composers, Authors and Publishers) and the Society of Composers, Inc. Mr. Tarrh has written music for a variety of ensembles, including solo piano, solo voice and piano, chorus and piano, string quartet, clarinet quintet, wind quintet, brass ensemble, concert band, and full orchestra. His music is published by Meriam Hill Music of Lexington, MA.

Originally trained as an electrical engineer, Mr. Tarrh earned his B.S. from Virginia Polytechnic Institute in 1970 and his M.S. from the Massachusetts Institute of Technology in 1972 and worked for a number of years for several small businesses and labs at MIT, specializing in the design of large electromagnets for advanced energy research and the management of large technology projects. He developed an interest in accounting and finance, and was a co-founder, Director and CFO of Applied Science and Technology, Inc. (ASTeX) at its inception in 1987. ASTeX found a successful niche in the application of its reactive gas technology to the manufacture of semiconductors, and grew to become a publicly traded (NASDAQ: ASTX) global supplier of advanced equipment subassemblies to the world's leading producers of semiconductor manufacturing equipment. Following the sale of ASTeX in 2001 to MKS Instruments, Inc., Mr. Tarrh began to pursue a lifetime dream of studying music.

In addition to his musical pursuits, Mr. Tarrh provides senior financial and management consulting services to the business community. He has served as Chair of the Board of Trustees for the New Philharmonia Orchestra for the past decade and was elected to the Lexington Symphony Board of Directors in 2013. Mr. Tarrh resides in Lexington, MA with his wife, Barbara, and has three sons, Nathan, Andrew, and Evan.